The sounds of a small town…

Walking down the Corso to dinner this evening at 7:45 I listened to Orvieto: distant bells chiming the quarter hour – birds – not pigeons, but songbirds, calling to each other insistently at the end of the day.

It is the silence in between the sounds that highlights each and brings them distinctly to my attention.

I hear a car drive by somewhere in the city perhaps every minute or minute and a half – not the dull roar of city traffic, but the sound of individual small cars running on diesel fuel – each of their drivers on a journey to a singular destination. Or the car idling, which has pulled halfway into an alley, waiting for an approaching car to pass in the too narrow street. 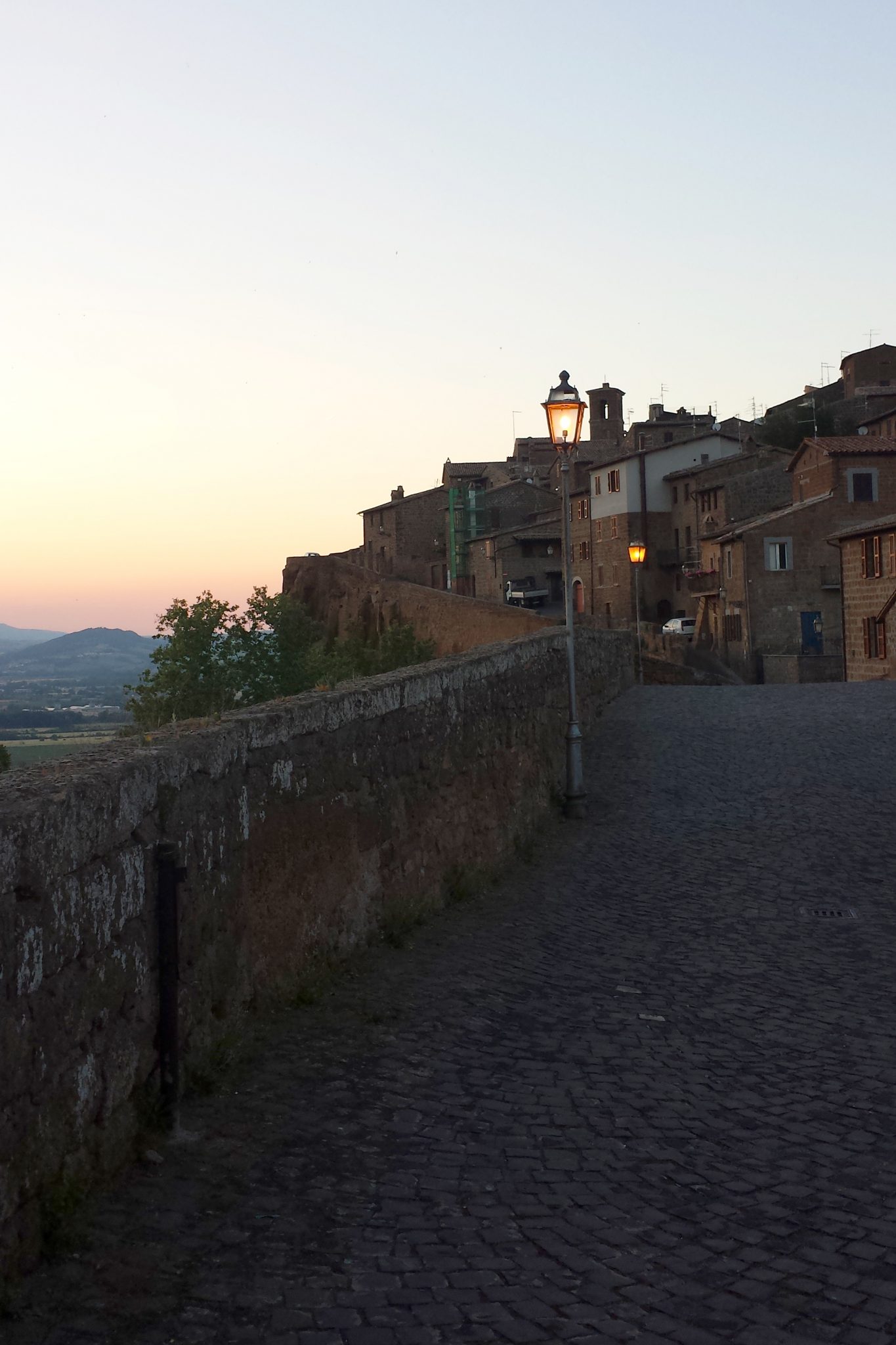 Muffled conversations from open windows 2 stories above the street as families prepare for the meal – and the squeal of bats high above me, ever circling — the sound of a sports announcer calling plays from a television, the sound dulled by 2 feet of tufa volcanic rock.

As I approach Piazza Cahen, it’s the rustling of the evening breeze in the tree leaves I hear, and the scraping of plates and silverware at nearby restaurants. 3 different conversations along the street, each in a different language; and the sound of a young man snapping his fingers to a tune in his head as he ambles ahead of me.

I hear only distant dogs barking. And the solitary click of a lighter as a couple shares cigarettes just outside their apartment door.

It is the silence in between the sounds that highlights each and brings them distinctly to my attention.