Founder and director of Orvieto Musica, conductor Nyela Basney recently received critical acclaim for her debut with Light Opera Works when Chris Jones of the Chicago Tribune noted: “… the striking and lively baton of Nyela Basney, [who] shapes this orchestra rather more theatrically and zestfully than has recently been the case…” The Chicago Sun-Times added, of the same performances: “…and the glorious sound coming from the large orchestra under the baton of Nyela Basney combine[d] to give [this production] fiery intensity…”

During the summer of 2019, Miss Basney conducted Rossini’s La Cenerentola and Puccini’s Madama Butterfly with Opera Festival di Roma.  In 2011 and in 2015, she travelled to Bosnia where she conducted the Sarajevo Philharmonic Orchestra in concerts in Sarajevo, Zeniça and Brcko, presenting the European Premiere of Jacob Bancks’ “Lumen” with Daniel Paul Horn as pianist. She went on then to conduct Suor Angelica and Le Nozze di Figaro with Opera Festival di Roma and Persuasion with Chamber Opera Chicago at the Edinburg Festival Fringe.  She has also recently led productions of Don Giovanni and Cosí fan tutte with Opera Tascabile in Italy.

In the early 2000’s Miss Basney was Music Director of the Midland-Odessa Symphony and Chorale with whom she conducted Masterworks, Pops and headliner concerts, as well as Tiny Tots, educational and run-out performances.  She also guest conducts, having worked with the Springfield (MA) Symphony, Toledo Symphony and Virginia Symphony in community and pops concerts. She was Associate Conductor with El Paso Opera from 2000-2009 and conducted Britten’s Rape of Lucretia at Colorado State University in 2007. 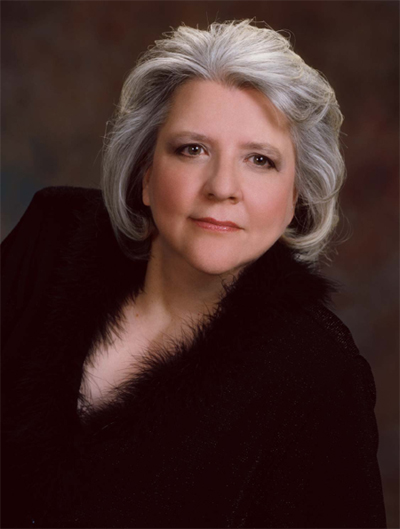 As Associate Conductor of the Shreveport Symphony Orchestra in the 1990’s, Miss Basney conducted over 60 concerts a season throughout northwest Louisiana. She has also guest conducted the American Symphony Orchestra at Avery Fisher Hall and Alice Tully Hall in New York, and the Rochester Philharmonic Orchestra in a series of community concerts, and in a Gala Benefit Concert with Metropolitan Opera star Renée Fleming, at the Eastman Theater. She served as cover conductor for John Nelson at the National Symphony and for Andrew Litton at the Dallas Symphony.

Miss Basney recently gave recitals in Colorado, Georgia and Illinois with noted Italian violinist Alessandro Cervo and served as a guest faculty member of the Chicago College of the Performing Arts at Roosevelt University in the Spring of 2020.  She presents Trusted Alliance Master Classes in New York and Chicago and at universities around the country.  Miss Basney attended the Eastman School of Music on a coveted Alumni Scholarship, receiving her undergraduate and graduate degrees with highest distinction.