Founded in 1994, Orvieto Musica is an international chamber music festival presented during the summer each year in the stunningly beautiful and largely untouched, 12th-century Italian town of Orvieto. Musicians come together from many countries (including Hong Kong, England, the United States, Canada, and Italy) to perform in medieval churches, outdoor piazzas, “jewel-box” theatres, restored castles, and small-town settings.

Orvieto Musica’s founders, Nyela Basney, Angela Yeung, Douglas Hedwig and Alessandra Visconti, began the festival with the vision of creating an annual opportunity for musicians of all ages to inspire and share music with one another and with appreciative audiences. They worked to create an environment in which musicians could perform together in a non-competitive but excellence-inspiring atmosphere.

From the beginning, director and founder Nyela Basney has lead the 3-week festival that comprises daily chamber music coachings and rehearsals, 6-12 public concerts, in-house “readings”, an underground tour of Orvieto’s caves and optional Italian language and culture classes. Orvieto Musica musicians have given concerts in Bagnoregio, Calenzano, Capodimonte, Lubriano, Monteleone, Porano, Porretta Terme, Siena and Urbino, as well as in many venues in Orvieto.

One key to Orvieto Musica’s success is the experienced professional faculty who coach OM participants and perform side by side with them at every concert. Orvieto Musica’s faculty has included professionals affiliated with the American Symphony Orchestra, the Conservatorio di Mantova (Italy), Mannes College of Music, the Metropolitan Opera, Pomerium, Spoleto (Italy), the St. Louis Symphony, the Toledo Symphony, the Bulgarian State Opera, American Institute of Musical Studies in Graz, McGill University, Dallas Brass, Cassatt String Quartet, and Ensemble KORE.

Thirty years after its founding, the vision of Orvieto Musica continues to inform every aspect of the development of the festival. Join us and experience Orvieto Musica for yourself! 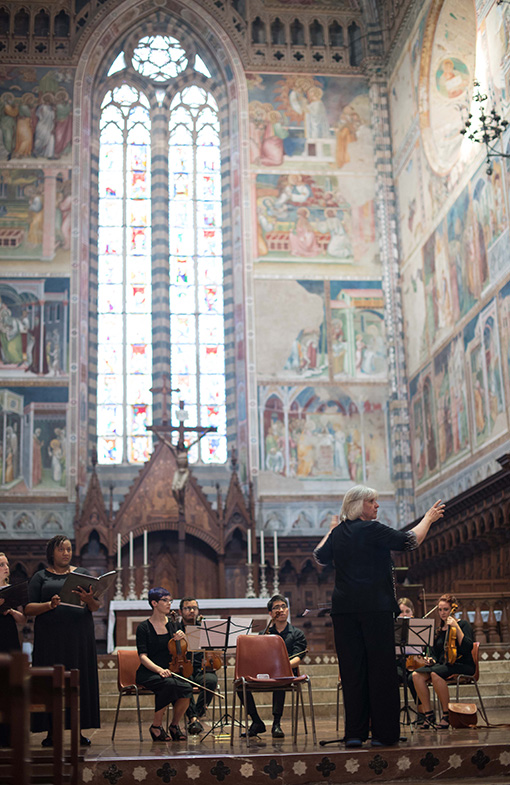