Alessandro Cervo is well known as a soloist, concertmaster, chamber musician and recording artist throughout Italy, across Europe and in 11 other countries in Asia, and in North and South America. Born in Naples in 1974 he graduated with highest honors from the Conservatory “L. Refice” of Forsinone, where he studied with Giulio Franzetti (former concertmaster of the orchestra of Teatro alla Scala and former first violinist with the Quartetto di Milano), Giusto Cappone (former principal violist with the Berlin Philharmonic), Gabriele Pieranunzi and Leon Spierer (former concertmaster of the Berlin Philharmonic).

Mr. Cervo has served as concertmaster of several orchestras, among them the “Orchestra Sinfonica di Roma” of the Cassa di Risparmio Foundation (from 2003-2006); the “Haydn Symphony” of Bolzano and Trento, the “Orchestra del Teatro Lirico” of Cagliari, the “International Orchestra of Italy” and the “New Scarlatti Orchestra” of Naples, with whom he has also often performed as a concerto soloist. In his capacity as concertmaster he has been heard as a soloist in much of the standard repertoire, including in performances of the Strauss tone poems: “Ein Heldenleben”, “Also Sprach Zarathustra” and “Don Quixote”. He has also served as concertmaster of the orchestra of the “Teatro Marrucino” in Chieti and, since 2010, as the concertmaster of the “Philharmonic Orchestra Marchigiana.” For the 2007-2008 season, he was invited as the first part of the “Orchestra del Teatro Massimo” of Palermo. 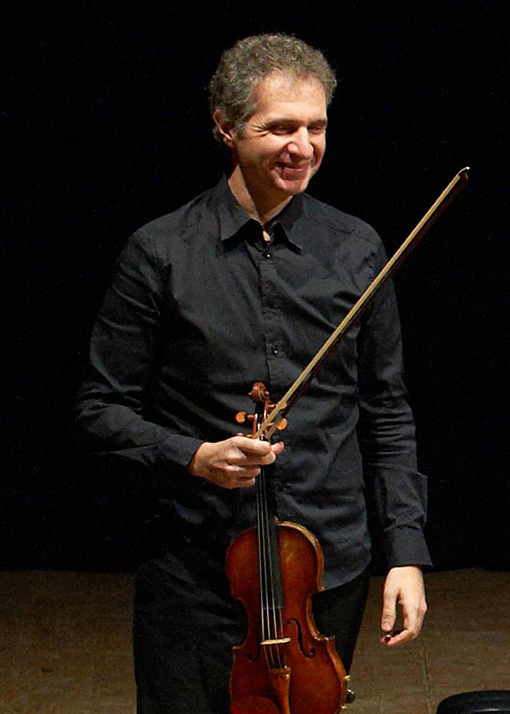 Mr. Cervo is a violinist with the “Filarmonici di Roma” (the resident chamber orchestra of the Conservatory of Saint Cecilia) with whom he has appeared as a soloist in well-known venues such as the “Sala Tchaikovsky” in Moscow and the “Opera Theatre of Rome”. He has performed across Europe, China, Malaysia, Korea, Thailand, Russia, the United States, Cuba, Brazil, Ecuador, Venezuela and Jordan. He was the founder and first concertmaster of the chamber orchestra “XXI secolo” in Viterbo from 1996 to 2001.

As a soloist, Mr. Cervo has given the world premieres of works by Aldo Clementi, Sylvano Bussotti, Francesco Pennisi, Luis de Pablo, Fabrizio Festa and Raffaele Bellafronte. Fabrizio Bastianini dedicated his concerto for violin, piano and orchestra to Mr. Cervo who premiered it with the Symphony Orchestra of Rome.

As a recording artist, Mr. Cervo has made recordings for Ricordi, Universal, Amadeus, Sheva, Egea and Dinamic. He has led postgraduate courses in violin performance, as a master teacher for Spazio Musica of Orvieto, for the Conservatory in Fermo and for the performer’s certificate program in Saluzzo. He has also given master classes in Brasilia, for Orvieto Musica and at Roosevelt University in Chicago. Active also as a chamber musician in various groups and principally with the Bottesini Quintet, he has performed live on euroRai at the Quirinale, and in prestigious venues like the Parco della Musica di Roma, and at the Art Institute in Chicago. In Washington, D.C. he performed at the invitation of President George Napolitano.

In concert Mr. Cervo alternates the instruments he plays, among them a “Stefano Scarampella” of 1904, an “Antonio Gragnani” of 1776 and a “Bernardo Calcanius” of 1737.